The quantum Wasserstein distance of order 1

We propose a generalization of the Wasserstein distance of order 1 to the quantum states of n qudits. The proposal recovers the Hamming distance for the vectors of the canonical basis, and more generally the classical Wasserstein distance for quantum states diagonal in the canonical basis. The proposed distance is invariant with respect to permutations of the qudits and unitary operations acting on one qudit and is additive with respect to the tensor product. We prove a continuity bound for the von Neumann entropy with respect to the proposed distance, which significantly strengthens the best continuity bound with respect to the trace distance. We also propose a generalization of the Lipschitz constant to quantum observables. The notion of quantum Lipschitz constant allows us to compute the proposed distance with a semidefinite program. We prove a quantum version of Marton’s Transportation-Cost Inequality (TCI) for product states and a quantum Gaussian concentration inequality for the spectrum of quantum Lipschitz observables. Furthermore, we prove two generalizations of Marton’s TCI to Gibbs states of quantum commuting Hamiltonians. The first relies on a quantum generalization of Dobrushin’s uniqueness condition, while the second relies on a quantum generalization of Ollivier’s coarse Ricci curvature. Finally, we apply our results to prove the equivalence of the canonical and microcanonical ensembles of quantum statistical mechanics. 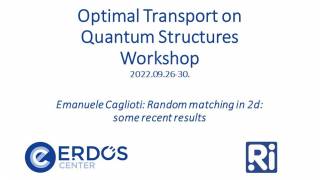 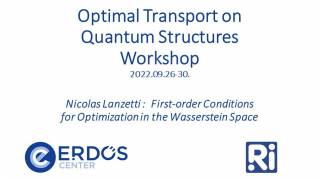 First-order Conditions for Optimization in the Wasserstein Space 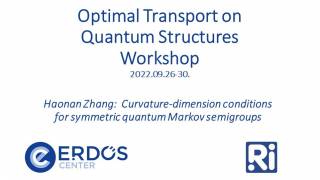