We report on a recent work in collaboration with F. Cavalletti where we develop the basic theory of optimal transport for the quantum states of the $C^*$-algebra of the compact operators on a (separable) Hilbert space. As usual, states are interpreted as the noncommutative replacement of probability measures; via the spectral theorem applied to their density matrices, we associate to states discrete measures on the grassmannian of the finite dimensional subspaces. In this way we can treat them as ordinary probability measures and study the optimal transportation problem.The metric geometry of the grassmannian, as an infinite dimensional manifold plays a decisive role and part of the talk will be devoted to describe its rich structure. Notably the grassmannian is an Alexandrov space with non negative curvature. Finally we will interpret pure normal states of the tensor product $H\otimes H$ as families of transport maps. This idea leads to the possibility of giving a definition of the Wasserstein cost for such objects. 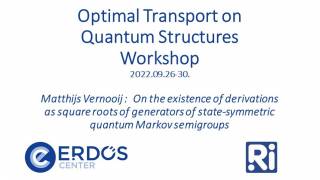 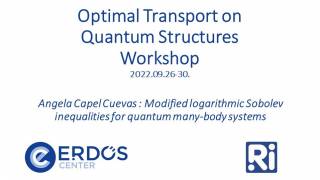 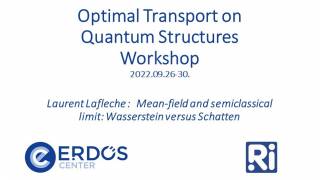